Toyota’s presentation at the 2020 Canadian International Auto Show in Toronto focused on the electrified future of the automobile and the Japanese automaker’s proven hybrid technology, which is used for many different applications.

“Even as many in the automotive industry focusing upon autonomous vehicles and environmental performance, motorsports still has a critical role to play in the future of the automobile,” said Toyota Canada President and CEO Larry Hutchinson.

Accompanied by Alexander Wurz, GAZOO Racing Advisor and two-time winner of the 24 Hours of Le Mans, he unveiled for the first time in Canada the Toyota TS050 Hybrid Race Car #8 that won the famous endurance race. 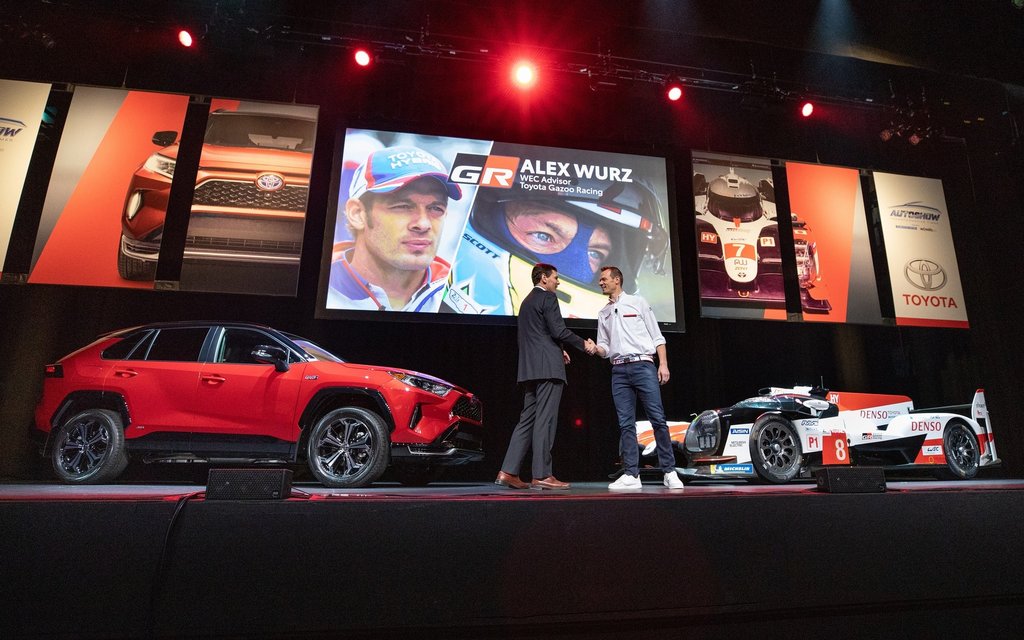 “Racing allows us to push vehicles to their limits and ensure that when Toyota introduces new platforms, new powertrains and new technologies, they measure up to the qualities that Toyotas are known for—including quality, reliability and durability—even as they boost driving fun and reduce emissions,” Wurz stressed.

The AWD-equipped TS050 features a custom-engineered Toyota hybrid system consisting of a twin-turbocharged, direct-injection 2.4-litre V6 and motor-generator units on both axles. It generates a total of up to 1,000 horsepower and delivers it to the pavement via a transversal seven-speed sequential shift gearbox.

On stage at the same time was the all-new 2021 Toyota RAV4 Prime. This plug-in hybrid variant of the popular compact SUV, also blessed with AWD, provides a zero-emission range of 60 kilometres. It also happens to be the most powerful RAV4 model ever with 302 horsepower and the second-quickest Toyota vehicle from 0-100 km/h with a time of 5.8 seconds (trailing only the GR Supra). 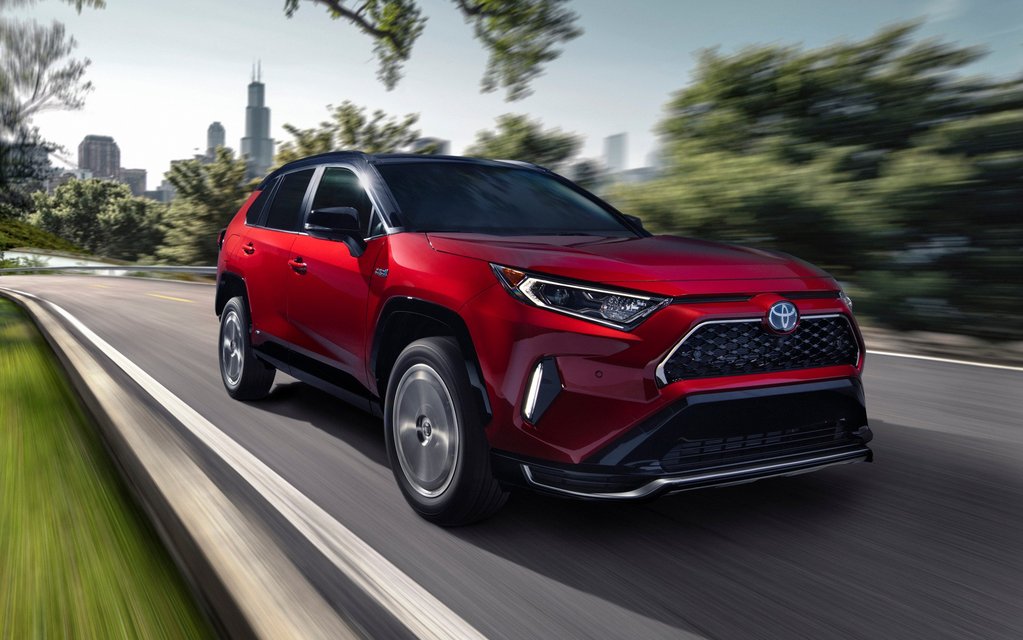 Toyota has not announced Canadian pricing for the RAV4 Prime yet, but it’s safe to assume it will cost around $45,000. Sales will begin this summer.

Another highlight in Toronto is the new 2020 Toyota Highlander Hybrid (featured in a recent Super Bowl commercial), which combines a 2.5-litre four-cylinder engine with a pair of electric motors and a CVT in a more compact and more efficient package than the previous generation. It produces 240 horsepower, tows up to 3,500 pounds and, more importantly, averages 6.7 L/100 km, which is remarkable for such a big crossover. Pricing starts at $47,829.

“Whether you’re looking for performance or responsiveness, or amazing fuel efficiency and range, or improved torque, Toyota will have an electrified vehicle that works for you,” Hutchinson said. “We are on track to offering an electrified version of every model we sell by 2025.”